The rarity and condition are key the factors to establish the value of a coin. Rarity is easy to establish, as there is widespread agreement on the rarity of most coins. To evaluate the condition of the coin it is more challenging. In the early years of coin collecting, three general terms were used to describe a coin’s grade: 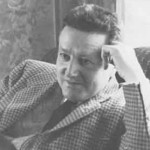 In 1948, a well-known numismatist by the name of Dr William Sheldon developed the Sheldon Scale of coin grading.  He gives a more precise meaning to subjective terms such as Fine, Very Fine, Extremely Fine. His scale runs from one to 70.

By using the consensus grading approach (3 experts independently review the coin) using published, objective criteria, the early grading services were able to establish a reputation for reliability and objectivity in grading that was up to this time unknown.

Coin grading services are a relatively new phenomenon, having started in the 1980s as a response to the need for buyers and sellers to agree on common measures of a coin’s value. In an effort to bring more confidence to investors in rare coins, official grading was created. Grading services certify the authenticity and rate the quality of individual coins. Today most grading companies will seal coins in a labelled, air-tight plastic holder, ensuring the coin is protected from deterioration. This process is known as coin slabbing.